I had my first gunny non-nightmare last night.  I've had plenty of "trigger doesn't work," "can't reload to save my soul" and "bad guy won't die" nightmares that seem to come with the defensive shooter territory, but I've never had a "save the day" gunny dream.  Sure, I've thought through what I would do during an attack, anyone who has their ccw permit has (or should have).  Over 3 years ago, I made a serious introspection of whether my life was worth someone else's, came up with 'yes,' and haven't looked back.

Still, that dream was oddly comforting as it wasn't a bit of conscious 'what if' woolgathering.  My subconscious-self acted in a realistic and characteristic manner.  Showing, in a way, that I was mentally honest when I decided to get my ccw.  I'll even protect myself in my sleep :-)

Strange how realistic dreams can be: I wasn't a 'hero,' just an ordinary shopper going about their life.  I felt fear & the adrenaline rush; heard screams and breaking glass.  When knocked to the floor in the general upheaval, I groped the pistol out of my purse looking for my 'wallet' and ended up shooting from a few feet away, kneeling and landed at least 2 solid chest shots.  Then I woke up... at 3 in the Blessed morning, ugh.  Even with it being a 'good' dream, it was like waking from a nightmare, which is how I imagine the aftermath of shooting someone would be - a nightmare.

Not sure there's a point to this rambling, just felt the need to share.  Has anyone else had a similar dream?  Did your dream-self act like you feel you would in real life?  Have you ever been shaken about your abilities due to how you reacted in a dream?  Just curious really.  In the end, I greatly approve of Bill Watterson's take on dreams in Calvin & Hobbes - just a few little guys rattling around in your head splicing reels together in the dark.  Nighty-Night!
Posted by Chasing Freedom at 11:55 PM

I haven't had 'that' particular type; but I've had others, that did, shall we say 'pointed me in the right direction'! Glad yours was positive! 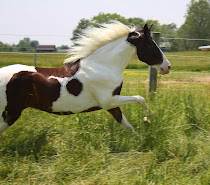